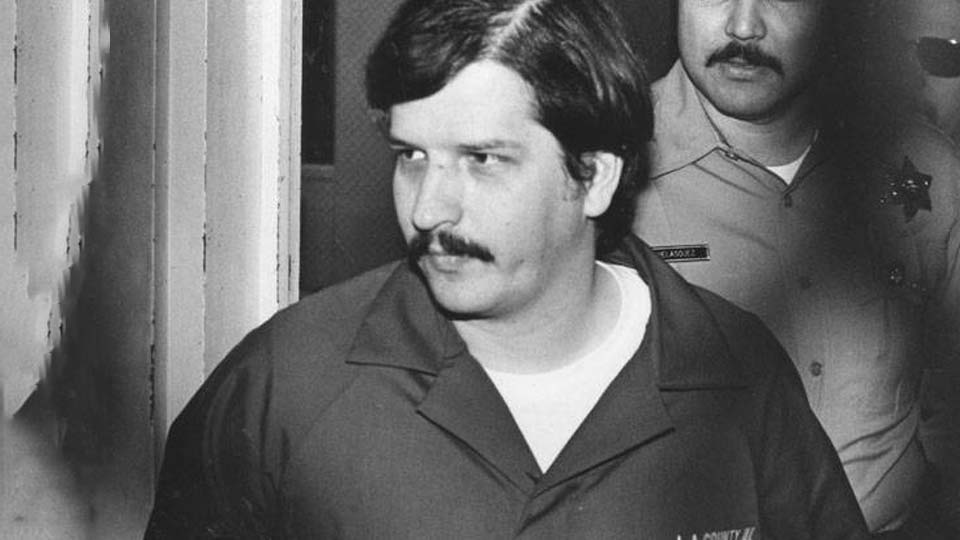 William George Bonin, a.k.a. “The Freeway Killer“, was born on January 7, 1944 in Connecticut, USA. He was the second of three siblings and his parents were alcoholics and gambling addicts.

It was common for William’s father to come home drunk at night and assault his wife and children. William’s mother, in turn, used to leave the children in the care of the grandfather while she was gambling, unfortunately he was a pedophile and sexually abused the three children.

Several times, William and his siblings were fed by the neighbors, since it was common for parents to leave home and return only days later. Everything got worse when his father gambled away the house where they lived and lost it.

The family became homeless and William went on to live in an orphanage. At age 10, William was arrested for stealing license plates and was sent to a juvenile detention center for minor crimes. In his teens, he moved back into his mother’s house and began molesting young children.

The beginning of sex crimes

William joined the U.S. Air Force in 1965 and served in the Vietnam War as an air gunner. Sometime later, in 1968, he was discharged after he admitted that he sexually assaulted two other soldiers while threatening them with a gun.

The former combatant returned to Connecticut and between the years 1968 and 1969 raped five teenage boys and pleaded guilty when arrested. Soon after he was sent to Atascadero Hospital in California, where he underwent psychiatric treatment.

In 1971, after a psychiatric report that said William was fully aware of his acts, he was sent to prison and had his medical treatment terminated. In 1974 he was released on the basis of a new, somewhat contradictory report, which said that he “would no longer be a danger to people”.

Just 14 months after his release, he was again sentenced to 18 months in prison for raping 14-year-old David McVicker.

In the 1970s, rape was not considered such a serious crime in the US, so it received lesser sentences. Because of this, the entry and exit of pedophiles from jail was common, which favored impunity and recidivism.

On October 11, 1978, William Bonin was on the streets again. He started working as a truck driver and is believed to have raped and even killed many boys at that time.

He bought a green Ford van and used to lure or kidnap 12 to 19 year olds on freeways. Bonin’s victims were young male hitchhikers, schoolboys, and male prostitutes. He would rape them in the back cab of his car and then strangle them with their own T-shirts.

One of the victims, Darian Kendrick, was forced to drink hydrochloric acid, two other victims had objects stuck in their ears and coat hangers shoved up their anuses. A boy named Mark Shelton was electrocuted to death.

The bodies were dumped on California freeways and several times William was not alone, it is estimated that he had around four partners to help him in the crimes. The local population attributed the killings to The Freeway Killer and until then the authorities had no clue.

Thomas Glen Lundgren, age 13, was last seen by his parents on the morning of May 28, 1979. His body was found that same afternoon in Los Angeles County. The autopsy revealed that Thomas had suffered castration and trauma to his face and head. In addition, he had his throat slit and was stabbed and strangled to death.

During the kidnapping and killing of Thomas Lundgren, William had the help of Vernon Butts. It is speculated that he assisted him in 8 more murders at that time.

Gregory Miley was also an accomplice of William G. Bonin, helping him to rape and kill some of his victims. He has died in 2016 after being beaten by another inmate at Mule Creek State Prison.

During his time in prison for committing minor crimes, William made some friends and used to share his dark plans for when he was released again, including his new modus operandi and the van he intended to buy.

Several boys began to be found dead, and it was through the statement of an ex-convict who was his cellmate, that the cops began to follow Bonin’s trail.

On June 11, 1980, just nine days after the police search began, William was seen attempting to seduce five boys and was arrested after parking his van, where he was caught raping a 15-year-old, identified as Harold T.

Between August 1979 and June 1980 William raped and killed 21 young men. On some occasions he even raped more than one victim a day.

William Bonin was sentenced to death and after 17 years in prison, he was executed on February 17, 1996 by lethal injection.