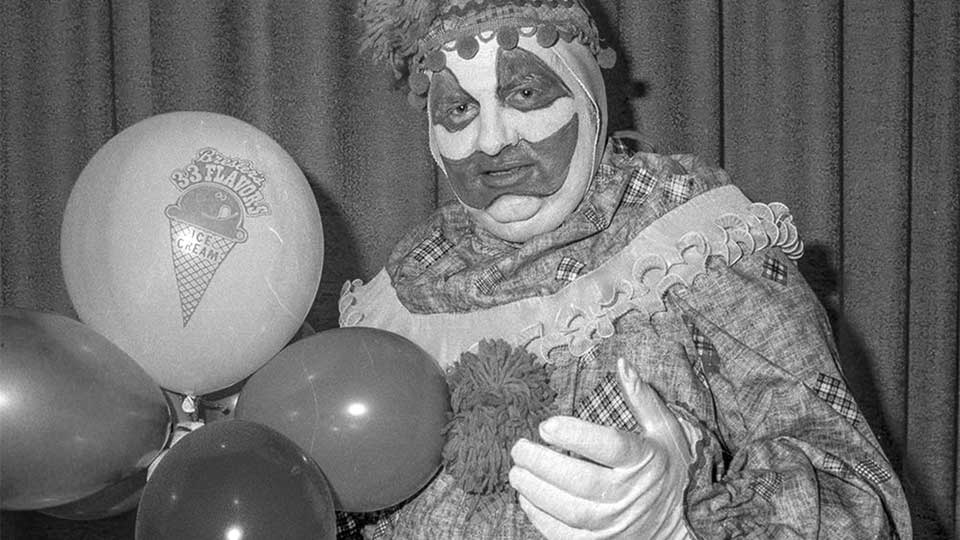 Born on May 17, 1942, in Chicago, John Wayne Gacy Jr. and his siblings were constantly physically and psychologically abused by their alcoholic and homophobic father. As a child, Gacy loved gardening and cooking, which made him the target of his father’s violence.

Because of this, Gacy used to spend most of his time with his mother and sister. At the age of nine, the boy was sexually abused by a close friend of his father. Gacy never told anyone about this, he was too afraid of his father, and this case only came to light more than two decades later.

At age 11, Gacy was hospitalized for several months after he began suffering from unexplained blackouts. His father believed that Gacy was faking it, as doctors could not diagnose why this was happening.

After five years of frequent visits to the hospital, it was discovered that he had a blood clot in his brain, which was treated. But by this time his father had already punished him severely for this.

In his late teens, to escape this familiar environment, John Wayne Gacy moved to Las Vegas and got a job in a morgue.

The salary was not enough to pay for rent and food, so Gacy often slept on the job. He says that he even practiced necrophilia there, abusing a dead teenager.

Soon after this he quit this job, and at the age of 22 married Marlynn Myers for the first time. As a result of this marriage, Gacy had two children, and the family kept moving to other states in the US to be closer to the jobs they could get.

The perfect family life did not last long, as Gacy quickly began to drink, use drugs, and cheat on his wife. At this time, he even made attempts to get teenage boys drunk so that they would agree to have sex with him, and when this did not work, he would say that it was just a joke between friends.

Even for a time Gacy kept a bar in the basement of his house and started inviting boys over to “watch movies”. In one of these episodes, Gacy invited the son of a friend, also a member of the local neighborhood association. The boy came to the house, agreed to drink alcohol, but refused to have sex.

Gacy became furious, so he offered the boy money to shut up and not tell anyone about his sexual impulses. But he didn’t keep quiet, and told everything to his parents, who even filed a police report. John Wayne Gacy was sentenced to ten years in prison for sexual abuse.

Gacy’s wife was very embarrassed, she filed for divorce and moved to another state with her children. He never saw his children after that.

Gacy was a very well-behaved inmate, always willing to help his cellmates. Because of the way he acted in jail, after eighteen months he was granted parole.

He returned to Chicago and spent some time living with his mother. During this time he worked in several fast-food restaurants and did some odd jobs. He seemed fully resocialized.

However, not even a year after his release, he was charged with rape again, but the victim, a teenager, did not appear in court and the charge was dropped.

With the savings from his job, and with some financial help from his mother, Gacy bought a house and started a thriving construction business.

In 1972, Gacy and his new girlfriend, Carole Hoff, got engaged. On the eve of the wedding he was again accused of rape, but this time Gacy managed to bribe the boy and the charges were dropped. The wedding happened. Gacy seemed to have found the love of his life.

Sometime later, during a business trip, Gacy raped one of his employees. The man did not press charges, but beat him up in his backyard.

Gacy’s image was not good; people in the community were more attentive to him. In an effort to reverse this, in 1975 he joined a charity group.

Gacy’s image was not looking good; people in the community were more attentive to him. In an effort to reverse this, in 1975 he joined a charity group.

He was also a practicing Catholic, active in the neighborhood association, was part of a volunteer civil defense group, was involved in politics, and even won a “Man of the Year” award in the city.

Gacy returned to the habit of inviting men, especially teenagers, into his garage. His wife became suspicious and he began to give her evasive answers, saying they were young men from church or children of his friends who wanted to spend time with a successful businessman.

When confronted, he said that he was bisexual and that they would no longer have sexual relations from then on. Shortly thereafter, Gacy’s wife filed for divorce.

With his wife gone, and the house free for him, Gacy began inviting men and boys over more and more frequently. One of these boys was named Timothy McCoy, and he was only fifteen years old.

They had sex that night, and in the morning Gacy awoke to Timothy holding a knife near his bed. Quickly, and without a second thought, Gacy stole the knife from the boy and stabbed him to death.

Arriving in the kitchen he realized that Timothy had prepared breakfast for them both, and was just holding the knife in his hand when he went to wake him up to eat. And most shocking of all, Gacy had an orgasm while stabbing the boy.

Over the next two years, Gacy began to sophisticate his crimes and establish his modus operandi. He lured the young men with the promise of a job interview for his construction business. Once there he would handcuff them, rape them in various bizarre ways, and finally strangle them. After this, John Gacy would drag the bodies to the backyard and bury them under his own house.

One of these boys, after being raped and beaten begged Gacy to be killed. But he did the opposite, put his clothes on him and took him to the front of his work. When he got there, the boy called the police, and Gacy, when questioned, said that everything had been consented to and that the boy was his “sex slave. The police believed the businessman’s statement, and released him.

Many teenagers start to disappear

By this time, John Wayne Gacy had already become a serial killer, to the point that there was no more space to bury bodies under his house. He then decided to throw the next corpses into a nearby river.

Many young people began to disappear in the city, with their parents reporting that the kids had left for the last time to go on an interview at Gacy’s house.

Gacy, when questioned, was always evasive, saying that he had made an appointment but that the youngsters didn’t show up and sometimes spending long minutes saying that he had nothing to do with it, saying that he was a member of the church and very busy with his work. His speech seemed to convince everyone, except the police, who started to follow his steps.

Police patrols watched his house 24 hours a day. An investigation was launched into his criminal background, and in 1978 after much police pressure, John Wayne Gacy confessed.

Gacy’s defense claimed that he was mentally ill, unable to take responsibility for his crimes. His main witnesses were his mother and sister. But friends of Gacy, and especially one of the survivors of his crimes, testified against him, saying that he was fully aware of what he was doing, and this weighed heavily in the judge’s decision.

During the trial, John Wayne Gacy was crying and vomiting a lot. Several breaks were needed for him to recover.

He was accused of killing 33 young men, and sentenced to death by lethal injection. He spent fourteen years on death row, awaiting his right of appeal. Several times he attempted suicide in jail, and became an alcoholic.

One of his hobbies was painting pictures, most of them depicting clowns or some important personality like Hitler and Al Capone next to himself, dressed as a clown.

Some of these paintings even sold for twenty thousand dollars.

The execution was scheduled for May 10, 1994, the anticipation in the city was huge and the press provided tremendous coverage in real time.

Inside the prison, Gacy enjoyed his last meal: fried chicken, shrimp, fries, and fresh strawberries. In his last hours of life he had the company of his family and friends, who left at nine o’clock in the evening.

After midnight that day, Gacy was strapped to a stretcher and given a lethal injection. His last words were: Kiss my ass.

1 thought on “John Wayne Gacy, the killer clown who had a cemetery in his house” 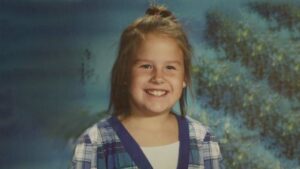