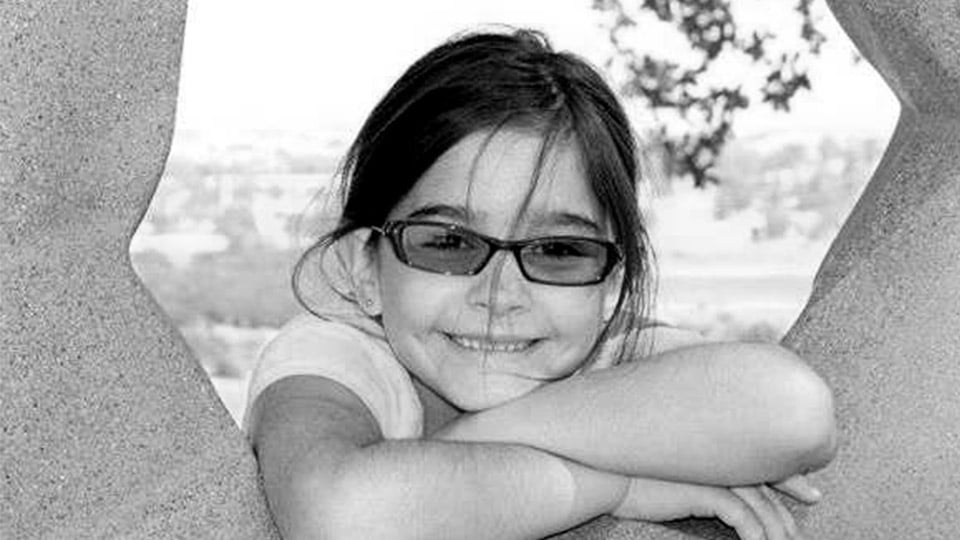 Leila Fowler lived in Valley Springs, California. The town has about 3000 inhabitants and is considered a safe place to live. She lived with her father, Barney Fowler, and her stepmother.

On April 27, 2013, Leila, then 8 years old, was at home together with her 12-year-old brother Isiah Fowler. Her father and stepmother had gone out to watch a soccer game and she was left in the care of her older brother.

Sometime during the afternoon, Isiah went to the bathroom, and from inside the room he heard a male voice say “hey, I know you’re there”, seconds later Leila started screaming.

When he left the bathroom, he saw a tall gray-haired man running out the front door. As soon as he reached the bedroom, Isiah found Leila lying in a pool of blood.

The children’s parents were notified quickly and arrived home even before the ambulance. Barney was able to hold his daughter, still alive, in his arms. As soon as the emergency service arrived, Leila was taken to the hospital, but due to the brutality of her injuries, she died.

When police authorities arrived on the scene, Isiah provided more details about the man who had broken into the house. In addition to being tall and gray-haired, he was of Caucasian or Hispanic origin and was wearing a black long-sleeved shirt and jeans.

Theories about the case

Taking the information given by Isiah Fowler as a starting point, the police quickly came to believe that the perpetrator did not act randomly, meaning that he already knew who his victim would be.

Searches were conducted all over town, many neighbors joined the search, and an extensive area was patrolled. A neighbor who lived across the street from the Fowlers testified that she saw a man running out of the victim’s house that same day.

Fingerprints and possible evidence were collected, strangely there were no signs of forced entry in the house and nothing was stolen. A set of kitchen knives belonging to the family was also collected for forensics.

It didn’t take long for the residents of the town to panic and many rumors of a serial killer were disturbing the families. The police redoubled security in strategic areas, and from that moment on everyone crossing the main accesses to the county was stopped and required to provide their documents.

Two men who committed kidnapping crimes at the time were named as suspects. It did not take long for the investigation to prove that neither of them matched the physical description given by Isiah, and their alibis for the day of Leila’s murder were consistent.

At this point in the investigation, a neighbor who confirmed that she had also seen a gray-haired man running out of the Fowler house on the date of the crime, decided to retract her statement and communicated that she would no longer cooperate with the police.

Everyone was surprised; the police even believed that the neighbor was afraid of retaliation for reporting what she had supposedly seen. This was the most important clue in the case, and her initial statement matched Isiah’s version perfectly.

Another neighbor of Leila’s told the police that he spent the afternoon cutting grass with his dogs. Nothing caught his attention that day, and according to him, if there had been someone rushing out of the front house his dogs would surely have barked.

From this point on, the police review the statements and information provided by Isiah Fowler and find inconsistencies.

It was known that Leila was stabbed in her bunk bed, but somehow her body was found on the floor. There were no bloody footprints indicating that she had walked across the room herself.

A knife was found in the kitchen drawer, and on the blade were traces of blood that later proved to be the victim’s. When the paramedics arrived on the scene after Isiah’s call, Leila’s body was already cold, indicating that it took several hours for the emergency service to be called.

The call to the emergency room was heard several times, and in it Isiah only mentions that his sister was stabbed about a minute and a half after Isiah arrived.

All this evidence resulted in Isiah’s arrest, where the charge of second-degree murder was confirmed on May 11, 2013.

The news of Isiah’s arrest left the population confused; his teachers, neighbors, and friends said they could not believe that the young man was capable of killing his own sister. Isiah’s father and stepmother also stood by him.

Isiah denied the crime and had the support of his family, his father even said in public that he would only believe the police if the investigators brought evidence that was, according to him, indisputable.

Details that led to the murderer

The forensics in charge of the case said that a drop of Leila’s blood was found on the kitchen sink and other small stains were found on the door that connected the same room to the garage.

The bathroom in the house was extremely clean compared to the clutter in other rooms. The prosecution suggested that Leila was attacked while lying on the top of the bunk bed and soon after was dragged or pushed to the floor.

A T-shirt, soiled with Leila’s blood, was discovered inside a basket in Isiah’s room. No signs of sexual violence and no traces of semen were found.

Isiah’s defense claimed that the forensics were not done properly and evidence was contaminated due to the way it was collected. His lawyer said that the authorities prematurely ignored the fact that someone had broken into the house.

The judge did not accept any of these allegations, and the prosecution had a very strong basis, since the murder weapon was in fact the knife that contained the victim’s blood.

Leila’s blood seeped into this knife. Why would the murder weapon be on the counter if an intruder did this? Why would an intruder clean it off?

Questioning made by the prosecutor.

Isiah Fowler was convicted of second-degree murder and required to remain in custody until he turned 23. No motivation for the crime has been made clear.

Some child psychologists suggest that Isiah would have had a fit of rage at the time he committed the crime and this may have been triggered by a past trauma.

The boy’s family continues to believe in his innocence to this day, and many appeals asking for the sentence to be overturned continue to be sent by his lawyer.

2 thoughts on “Leila Fowler, stabbed to death by her 12-year-old brother”