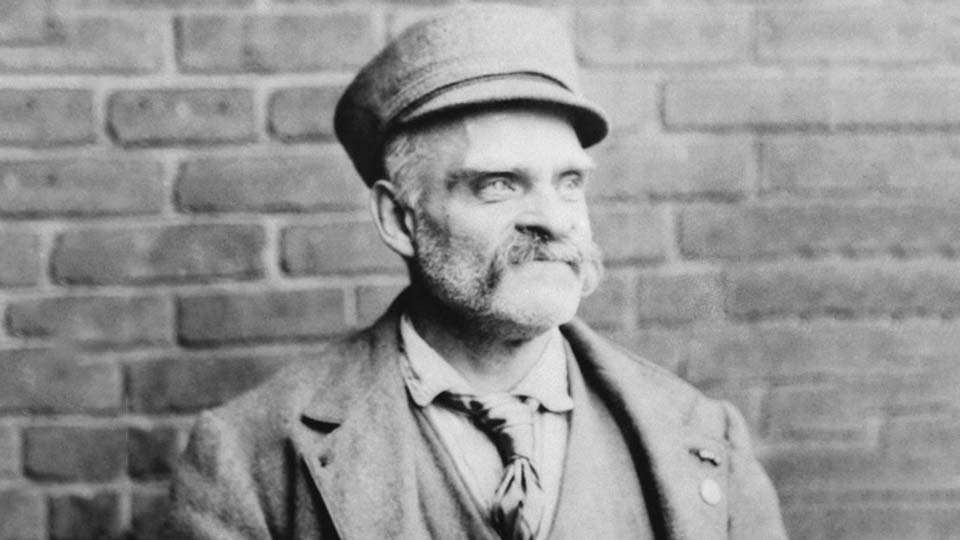 Jesse Harding Pomeroy was born on November 29, 1859, in Charlestown, Massachusetts. He was the son of Thomas and Ruth and had a younger brother, Charles Pomeroy.

Jesse’s childhood was not easy, he was constantly bullied at school for having a deformity in his right eye, due to awhitish membrane over his right eye, similar to a cataract. This made him a very shy boy.

At home things were also tough, his father was violent with both his wife and children, sometimes he even applied extremely sadistic punishments such as piercing the hand of one of the children with a nail, preventing the family from eating for several days, practicing drowning in a bathtub of ice water, and even forcing his son Charles to put a hot coal on his tongue.

The environment probably contributed to the development of a dark personality in Jesse Pomeroy. During his childhood he was forbidden to have pets after killing two kittens with his bare hands.

At the age of 12, Jesse had a bigger body than boys of his age, he was taller and had a larger than normal body structure. By this time he began to beat up smaller boys, his favorite game was to immobilize their necks until they passed out from lack of oxygen.

Shortly, the violence of his actions began to increase, he began luring small children to remote areas promising them candy and toys. Once there, Jesse tortured his victims, forcing them to undress and inserting objects such as pipes and bottles into their private parts.

He always applied more violence to those who cried, and it was common to reproduce a phrase often used by his father: the child who cries while being beaten is a coward, he should be quiet.

Sometimes his victims would faint, and Jesse would stay beside them watching until they woke up, and as soon as they regained consciousness he would show them a knife, telling them not to tell anyone or he would kill their parents.

From the ages of 12 to 16 the crimes became more sophisticated and Jesse began to rape his victims, and soon after began to paint his face with their blood, because it generated a sense that something was taking over his body, and at that moment Jesse fulfilled his darkest desires.

Moving to a new neighborhood

Jesse’s mother became suspicious that something was wrong with her son, and decided to change neighborhoods before he could be charged with a crime. She and her children moved to South Boston, a very violent place at that time. Her parents’ marriage had not been going well for a long time, and it was at this time that they divorced.

At the new address, Jesse discovered a train warehouse that was a few miles from his home. There would be the perfect place to commit his crimes; he even installed a mirror on one of the walls so that he could see himself covered in blood.

Around this same time Jesse was committing minor crimes against his classmates, and the school no longer tolerated these attacks on younger children. This resulted in a Children’s Court hearing, where Jesse was found guilty and sentenced to the State Reform School for boys in Westborough Massachusetts, until he turned 18.

In February 1874, at the age of 14, the boy was paroled back to his home to live with his mother and brother in South Boston. His mother owned a sewing store and his brother Charles sold newspapers.

Just one month after Jesse was released, 10-year-old Katie Curran was listed as missing. On April 22, 1874, the body of 4-year-old Horace Millen was found mutilated in Dorchester Bay.

Because of his history of committing assaults against children, it did not take long for the police to search for Jesse to inquire about the crimes that were happening. Despite denying involvement, Katie Curran’s body was found in the basement of Jesse’s mother’s store. Her remains were carelessly hidden in a pile of ashes.

Trial and life in prison

Jesse Pomeroy was found guilty on December 10, 1874, with the jury recommending mercy because of his age, he was only 16 years old at the time. The boy’s lawyer, Charles Robinson, tried several appeals, but all were rejected in February 1875, when Jesse was sentenced to death by hanging.

However, in August 1876, his sentence was changed to life imprisonment. In prison he learned several languages such as Hebrew and German. He also started writing poetry and demanding the right to publish it.

It is estimated that he made 10 or 12 escape attempts and that handmade tools were often found with him, such as ropes, steel pens, and even a drill.

In 1929, now an old man and in poor health, he was transferred to Bridgewater State Hospital for the criminally insane, where he died on September 29, 1932.