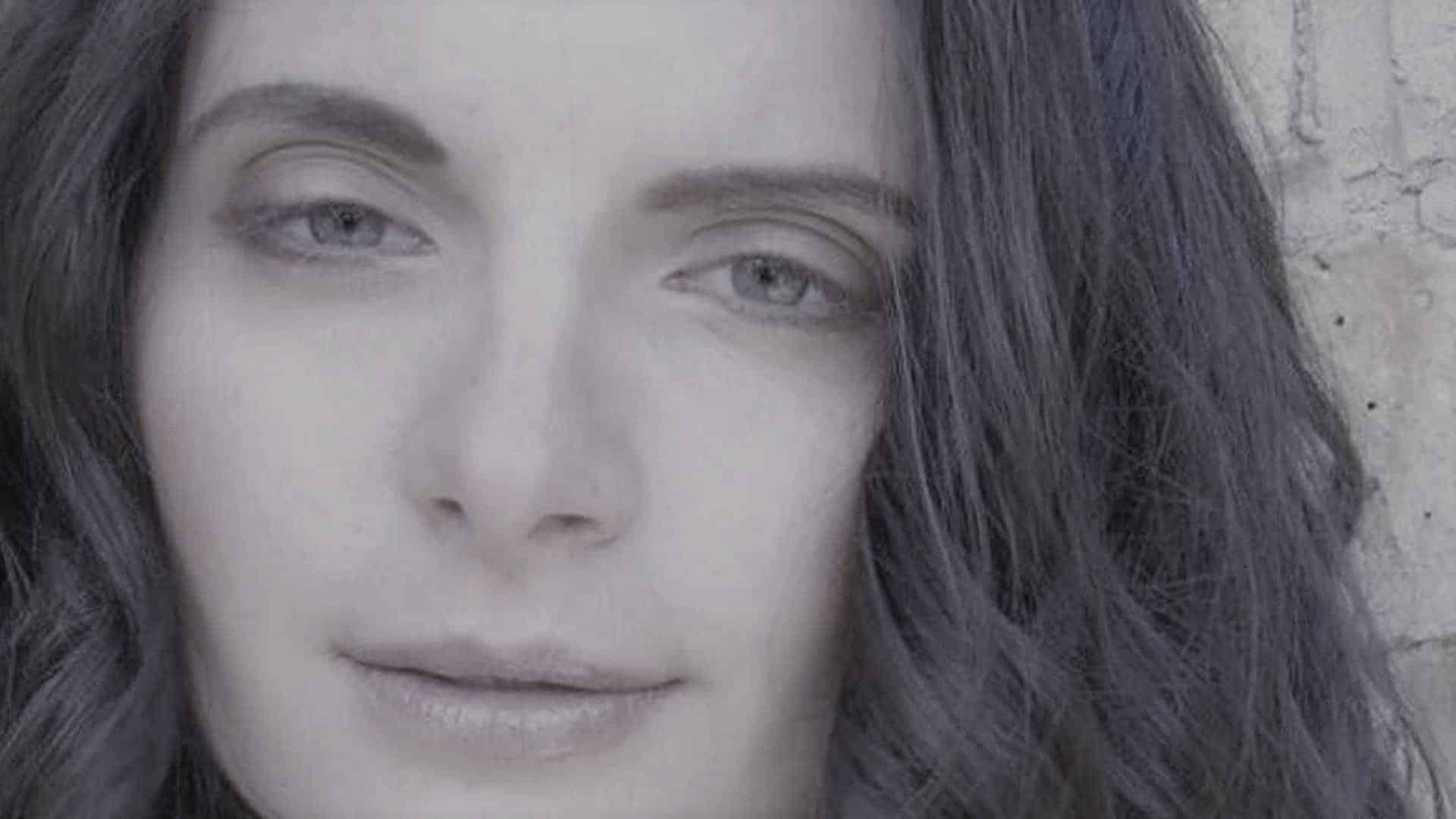 Sophie’s case reveals the vulnerability of the work of nannies, usually young women who, in the case of the UK, come to the country to learn English while caring for children in international exchange program for food and a room, but who often become victims of abuse.

Who was Sophie Lionnet?

Born on January 7, 1996, in Troyes, France, 21-year-old Sophie was a shy young woman who didn’t speak much and had no intention of living abroad. Her goal, when doing the international exchange program, was to improve her English and strengthen her resume since she came from a humble family with divorced parents. She studied Early Childhood Education and had an easy time with children.

AU PAIR: The Au Pair program, basically consists of a person who goes to another country to live with a family, and has the job of taking care of the children residing there. It is the cheapest exchange program available, which is why it is very popular. You get a very low salary, as an allowance, but you don’t have to worry about food and living expenses, and you still get an experience abroad.

In December 2016, after several failed attempts to find a job, a friend of Sophie’s commented about doing a paid exchange. The idea sounded good, to be a nanny in London. Nothing that would be too difficult, since she had experience with children and would improve her English a lot. She applied.

It is important to mention that until then the girl had never left France.

Sophie was accepted into the program, and upon contacting the host family she learned that she would have to take care of two children, a 4-year-old and a 9-year-old. She was excited, the host mom said she worked in the fashion world and could easily introduce famous people to her, and on top of that the couple were French, which would make communication much easier.

In December 2015, Sophie embarked to England. In January 2016, when she turned 20, the girl was happy in the new country, the publications on social networks and the contact with her family always brought positive news. According to some reports from neighbors, the Au Pair spent 24 hours a day with the children, some even commented that she did not look like a nanny but like someone from the family, since she dedicated so much time to the couple’s children.

Things in the house are starting to get weird

Sophie’s mother reports that after the first year of her exchange, her daughter began to express a desire to return home, but that the high cost of the tickets prevented her. And without giving more details, she would make this comment again and again. Once the girl reported that she had had a disagreement and was going to leave, and then Sabrina, the host mom, called Sophie’s mother back and resolved the situation. At the time she described the episode as “a small problem” and that everything would be fine. It was then decided that she would not return to France.

Sophie had good relations in the English neighborhood, and eventually even opened up to some friends in the community saying that life in the house was troubled and that she had caught Sabrina for dropping the butter on the floor. But no neighbors got involved and the story remained a secret.

Jaymani Patel, who works at a store near the family home, explained that she saw Sophie several times a week, and that she was a “shy” girl who “always smiled.”

At some point the nanny stopped going to the community, she was no longer seen on the street. Some people got strange and even questioned Sam, Sabrina’s husband, who was very evasive in his answers saying that she had left or was involved with errands.

On one of the occasions, Brown, who described Sabrina Kouider as “aggressive and violent,” asked her, “‘Can you stop yelling at the girl like that?’ She replied that she was lazy, that she didn’t cook, that she didn’t do anything.”

The man explained that on one occasion when he visited the house he took two “hachis parmentier,” a mince of meat and mashed potatoes typical of France, and that one was specifically for Sophie, because she looked “hungry”.

Neighbors saw black smoke and a strange smell coming from the family’s backyard. It was known that there were children in the house, so quickly one of them called the fire department in order to contain the possible fire as soon as possible.

On their arrival, the firefighters found Sam standing in front of the grill. There were indeed pieces of chicken on the grill, but the military’s astonishment came when they put out the fire next to the grill, where Sam had said he was “roasting a lamb.”

Were found, among the ashes, clothes, a piece of eyeglasses, a bracelet, and amazingly: a piece of a human nose and fingers.

“Why are you burning a body?” asked firefighter Thomas Hunt, after seeing fingers and a nose, as he told the court himself. “It’s a lamb,” replied Sam Ouissem Medouni, who seemed calm – Hunt added.

Sam followed in denial, the police were triggered and he kept repeating the words “I was just roasting a lamb” until he shut up and made his way to the police department in custody. The scene was criminal and an investigation quickly begins.

On arrival at the police station the man remained in custody and a phone contact was made with Sabrina, where she said she had no idea what was going on, since when she went out with the children to the park everything seemed normal.

When asked about the babysitter, Sabrina evaded answers, saying that Sophie had quit two days ago and returned home and hasn’t heard from her since. The police realized there was something fishy and the host mom was arrested along with her husband.

Sabrina denies any involvement in the case, and gives a negative statement about the girl, saying that she “thought she owned the house,” didn’t want to work, denied childcare, and spent hours lying on the couch messing on her cell phone. The police officers’ impression was that Sophie had been a great disappointment to the family. The accusations did not stop there, the young woman was accused of theft and of being involved with people who practiced illicit activities.

From here on out, the facts cited are accounts from people close to them and evidence that was found in the couple’s home and electronic devices.

During the first year of the exchange everything seemed fine, until at some point Sophie became a target for Sabrina and the first accusation against the girl was of a ring theft. Her documents and passport were confiscated, her salary stopped being paid, and she was constantly coerced into assuming in audio and video recordings that she was guilty. The Frenchwoman denied it, and as a result of this and added to Sabrina’s delusions, she began to starve and could no longer maintain contact with her family.

According to Sabrina, Sophie had a love affair with her ex-husband and father of one of her children, Mark, who was a businessman and music producer for big celebrities. She even said that she saw the two together on the street and claimed that they had sexual relations and were part of a complot against the family.

The trial began six months after the victim’s death.

The two defendants pleaded not guilty to the murder, but guilty of obstructing justice for attempting to burn the body. Sabrina told investigators that the ‘au pair’ had “drugged” her family as part of her espionage campaign in Mark’s service.

On Tuesday, on the second day of the trial, the audience listened to excerpts from more than eight hours of audio recordings in which Lionnet was cross-examined by the couple.

According to Kouider, the young woman admitted that she worked for Walton, who had paid her 20,000 euros.

The court also watched a video of the downed young woman admitting to the alleged plot – a confession extracted under pressure, according to the prosecution.

“Only Kouider and Medouni know exactly how they killed Sophie, but the prosecutor’s office sought to prove that she died as a result of continuous and decided violence, and not by accident.”

The couple was sentenced to life imprisonment, the crime is really cruel and it is hard to understand where so much cold bloodedness came from from the couple. There are reports that Sabrina was mentally unstable, and that her husband acted as a puppet in her hands due to her great emotional dependence.