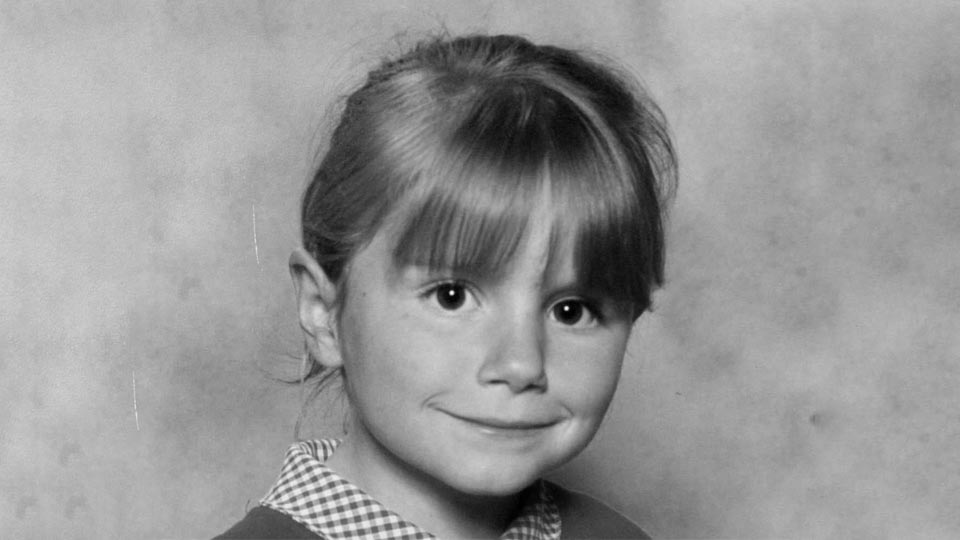 Everything was going well and everyone was happy, the grandparents loved the company of the girl and her other three brothers, two older boys — Luke and Lee — and a younger girl, 5-year-old Charlotte.

On July 1, 2000, Sarah and her siblings were playing in a corn field near her grandparents’ home. During one of the games, Sarah injured herself and wanted to return home, so her brother Lee decided to accompany her.

On the way back, Sarah told her brother that she would go around the outside of the cornfield and that he should go around the inside. This would be just another child’s play and the idea was that they would meet at the end of the trail.

At the end of the trail, Lee did not find his sister but could see a man standing beside a white van who waved to him and smiled. The extremely frightened 13-year-old boy, seeing the man drive away, ran towards his grandparents’ house and told them what had happened.

What Lee could not notice, was that minutes earlier Roy William Whiting had been watching them while they were playing, and was only waiting for the right moment to act. When he saw Sarah walking away from her brother, he quickly grabbed her and forcibly placed her inside his van.

Beginning of the search

Intensive searches were conducted during the first 48 hours, volunteers and family friends patrolled the entire region in search of any clues that might indicate Sarah Payne’s whereabouts.

Sarah’s parents appeared on television and news programs in a national plea for news of their daughter. The family’s suffering was harrowing.

Roy was 41 years old at the time of the case, born Horsham on January 26, 1959 lived most of his life in Crawley. He had five siblings, three who died during childhood, a younger brother and an older sister who became adults.

He had no academic background and rarely stayed in one job for long, he worked as a delivery boy, mechanic, and construction worker.

In 1995 he was arrested for kidnapping and sexually abusing a 9-year-old girl, but at that time his sentence was only 4 years in prison.

During his time in prison, Roy’s psychiatrist, in a medical evaluation, stated that he would probably commit crimes again upon his release, and that these could even become more serious, and that is exactly what happened.

Sadly this psychiatric report did not prevent Roy from being released in November 1997, after serving 2 years and 5 months of his sentence. He was one of the first people in Britain to go on the sex offenders register.

Roy was forced to serve another five months in prison before being released for refusing to undergo a rehabilitation course for sex offenders.

The day after Sarah Payne’s disappearance

The police quickly searched the records of all residents in the area who had convictions involving crimes with children. Because of this, Roy’s apartment was searched on this day.

He denied any involvement, but a receipt from a gas station with a recent date was found on the living room table.

Due to the experience of the officers, they decided to tie this evidence to the investigation. However, at this point it was not yet possible to link Roy to Sarah’s disappearance, since nothing had been proven, and he claimed to be elsewhere on the day of the murder.

On July 17, 2000, about a 34-minute drive from where Sarah disappeared, a local farmer found her body in an advanced state of decomposition.

The cause of death was described as asphyxiation by strangulation, and she had been sexually assaulted possibly while she was still alive, due to the bruises found on her body.

Upon seeing the report about Sarah’s death on the news, a woman called the police and reported that she had seen a black child’s shoe a few yards from where the body was found. The shoe was collected, and later identified as the shoe that Sarah was wearing on the day.

On July 23, 2000, Roy Whiting stole a car in Crawley and was pursued by police before crashing into a parked vehicle. He was arrested on charges of dangerous driving and remained in custody until September 27, 2000, when he admitted the crime and was jailed for 22 months.

After Roy began his prison sentence for theft and dangerous driving, detectives conducted forensic tests on his white 1988 Fiat Ducato van, which he purchased on June 23, 2000.

A strand of blonde hair belonging to the victim was found on a T-shirt in the trunk of the vehicle. On February 6, 2001, after an extensive police investigation, Roy Whiting was charged with the kidnapping and murder of Sarah Payne.

The testimony of two people who reported seeing a white van parked on the side of the road on the night of July 1, 2000, near where Sarah Payne’s body was later found, was also decisive.

On December 12, 2001, after a four-week trial, Roy Whiting was convicted of the kidnapping and murder of Sarah Payne and sentenced to life in prison with parole after serving 40 years in prison.

On August 4, 2002, Roy was attacked with a razor by another prisoner while fetching hot water from a faucet. In July 2011, he was attacked again, this time with a stab wound to the eye.

A third attack on the criminal occurred on November 8, 2018, when he was stabbed by two other prisoners in his cell. He was taken to the hospital for treatment and returned to prison shortly thereafter in stable condition.

Roy is in prison to this day, and is serving his sentence in Wakefield Prison, West Yorkshire, England.

12 thoughts on “Sarah Payne, murdered while on vacation at her grandparents’ home”