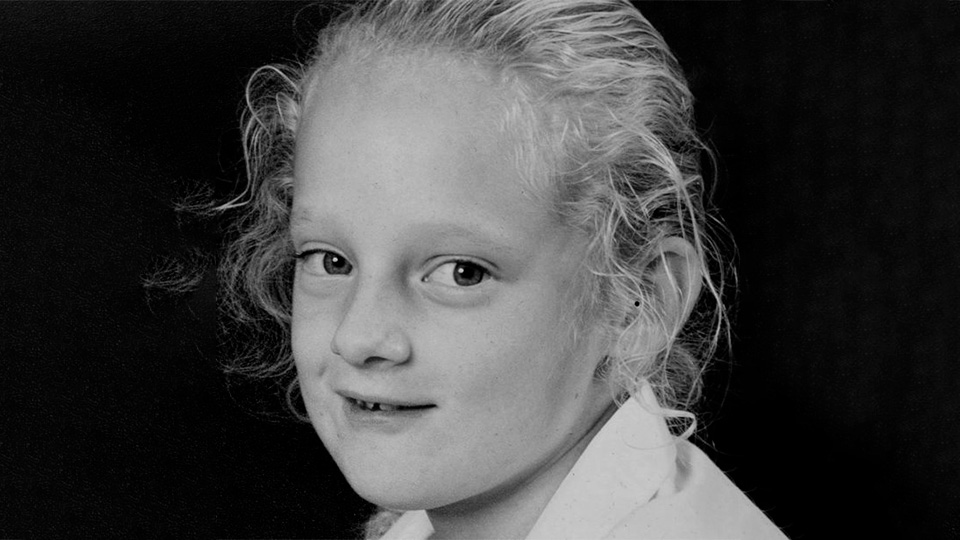 Danielle Sarah Jones was born on the 16th of October 1985, she lived in East Tilbury, Essex, England. A shy young woman who lived with her parents and two brothers. Danielle adored her pet rabbits, the band Steps and singer Robbie Williams.

The girl was always very close to her uncle Stuart Campbell, who was married to her father’s sister. The man always treated Danielle and her brothers well, took them for walks and the girl even became a maid of honor at Stuart’s wedding.

Tony Jones, Danielle’s father, began to find Stuart’s behavior strange as his daughter grew up. The uncle was very close to the girl, frequented Jones’ residence five times a week, and liked to wait for her after school, which the teenager clearly did not like.

Danielle was last seen on the morning of June 18, 2001, then 15, when she left home at around 8am. One of her brothers said he saw the young girl walking down the street towards the school, but she never got on the bus and never made it to St. Clergy.

At around 2 pm, the school principal contacted Linda and Tony Jones, informing them that the girl had not attended morning classes. Several attempts were made to get in touch with her daughter, but she never responded to calls.

The parents went to Stuart’s house, where Tony’s sister quickly joined the search. At that moment, Stuart’s behavior drew attention. He, who always cared so much about the girl, showed no interest in helping and preferred to stay at home watching television.

The family was in anguish, Danielle did not often miss school and was very afraid of the dark. Her parents believed that if she had left of her own accord, she would have returned home before dark.

After the police got involved, news of the young woman’s disappearance quickly spread through the city and two witnesses brought similar reports.

In one of them, the person claims to have seen Danielle talking to a man inside a blue van, and in another testimony Danielle would be sitting in the passenger seat of a blue van arguing with a man.

Police quickly discovered that Stuart owned a vehicle with the characteristics described by the witnesses. He was taken to testify but was eventually released on bail.

Stuart Campbell told police that on the morning of the disappearance he was out of town visiting a store, but as he hadn’t bought anything, he was unable to prove his alibi.

Tony Jones, on one of the trips to Stuart’s house during the first few days after the disappearance, noticed that there was photographic equipment installed in the room. Cameras, a tripod, and the arrangement of furniture seemed to suggest a setting.

This fact caught the attention of the father and also of the police investigating Stuart’s past. In 1989, he spent 12 months in prison after arresting a 14-year-old girl in his home and forcing her to take indecent photos.

The family knew that Stuart had already been in trouble with the law, but whenever he was asked about it, he would deflect the subject and say it was all a misunderstanding.

Investigators found that he did this to 30 more young people. Stuart would hand over his business card as a photographer and take them to his house, where he would take intimate pictures.

While searching Danielle’s room, the police found two of Stuart’s tickets inside a box. One of them said how much he missed her and the other praised the young woman’s smile.

The tickets were left at home while Danielle traveled with her family. She never talked about it with any relatives, just a friend from school, who found it very strange.

It didn’t take long for a search warrant to be issued for Stuart’s home. In addition to the photographic equipment, bags were found in the attic of the house with panties and handcuffs. And among these, the police found a pair of bloodstained white socks.

Forensic analysis of the socks found the presence of Danielle and Stuart’s blood in the cotton fibers. Phone records proved Stuart’s alibi to be false, as his and Danielle’s cell phone were located near the same cell tower in town on the morning of the disappearance.

A lip gloss used by the girl was also found at Stuart’s house. A diary he kept revealed an obsession with teenagers, with testimonies that Stuart Campbell had manipulated girls into posing for topless photos.

A text message on the girl’s cell phone caught attention during the investigation. The message was written in capital letters with extremely abbreviated words, very different from Danielle’s ordinary writing.

This, along with forensic authorship analysis, indicated that Stuart had written the message, not Danielle, implying that he had sent the message to himself using the girl’s phone to make it appear that she was still alive.

On August 17, 2001, police re-arrested Stuart on suspicion of murder, after finding “significant evidence” that appeared to support their theory that Danielle Jones was dead.

A police superintendent said in an interview that Stuart Campbell “developed a relationship with Danielle that was certainly inappropriate and likely illegal.”

Danielle apparently tried to break free, but he resisted. On November 14, 2001, police had enough evidence to charge Campbell with murder – even though his body had not been found.

Stuart Campbell was found guilty on December 19, 2002 and sentenced to life in prison for murder, along with a 10-year sentence for kidnapping.

The Supreme Court later ruled that Campbell must serve a minimum of 20 years before being considered for parole.

Stuart remains in prison and has never revealed where Danielle’s body is. In May 2017, police received information that on the day of the girl’s disappearance, Stuart was seen performing a strange movement in a city garage and that the young woman’s body was possibly there.

Days later, police reported that no discovery had been made and the body remains missing.