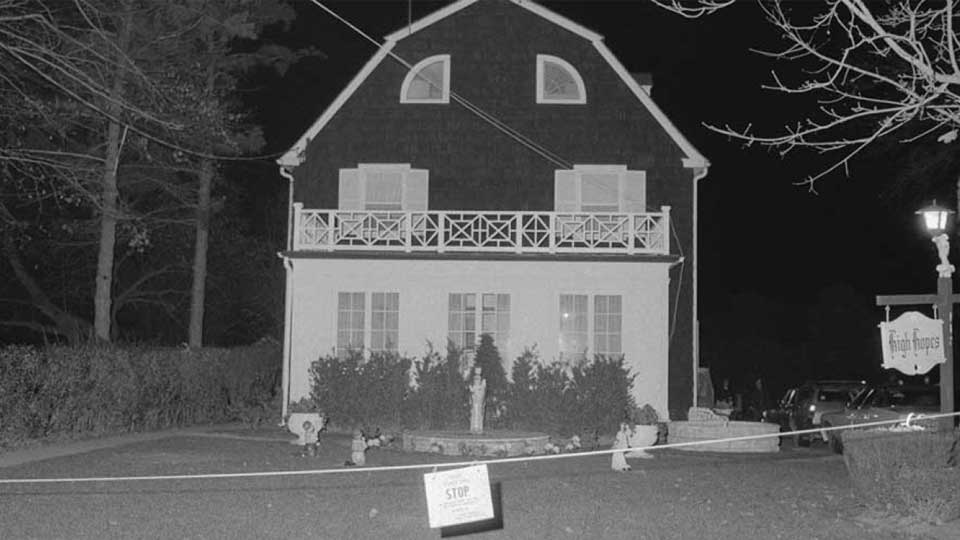 Built in the Dutch colonial style, the Amityville house was an ordinary American house, located at 112 Ocean Avenue. But in 1974 everything changed, there was a brutal murder, one of the members of the DeFeo family, killed all of his relatives.

The perpetrator of the murders was the older brother, Ronald “Butch”, but it was his 18-year-old sister who came up with the idea. The following year after buying the house, the Lutz family, after only 28 days living in the house, fled, terrified, saying that the house was haunted.

Who were the DeFeo’s?

The DeFeo family was a classic American family: made up of several seemingly happy people who was living in a nice big house.

But for Ronald Jr. this classic American lifestyle did not seem to suit him. His friends used to bully him a lot and his father often humiliated him at home. So the boy grew up, became stronger, and began to react to the bullying.

Note that Ronald Jr. had the same name as his father, who was called Ronald Sr.

At 17 he was already using drugs and involved in petty theft. Later, he was expelled from school for drug use. His behavior was unstable and there were bouts of psychosis.

With an emotional instability, he became involved in several fights. Until his father realized that his son’s aggressive behavior was abnormal. The father and his wife Louise tried to take the young man to a psychiatrist, but he refused help.

The fights between the son and the father became more often and more dangerous. Once, when DeFeo’s parents were arguing, the son grabbed a shotgun, went downstairs and shot his father, but missed.

Ronald Sr. was in shock, but his son did not seem concerned that he had shot and almost killed his father. The situation got worse and worse, until it culminated in murder.

The parents of the DeFeo family were shot twice, while the kids were killed with only one shot.

The real reason why Ronald Jr. murdered his entire family in cold blood is not known. However, some sources indicate that Ronald Jr. often used drugs and had bipolar disorder.

Soon after, Ronald DeFeo Jr. drove to Henry’s Bar in Amityville and said, “You guys have to help me! I think my mom and dad have been shot!”.

Ronald Jr. and a small group of people then went to 112 Ocean Avenue, located not far from the bar, and concluded that DeFeo’s parents were all dead.

One of these people then made an emergency call to the Suffolk County Police, who arrived shortly thereafter and searched the house, discovering six members of the same family dead in their sleep.

According to reports, every day, around 3:15 in the morning, Ronald DeFeo would wake up with a voice telling him “Kill your family, kill your family!”, until the day came when he could no longer stand the evil voice, and did what the spirit asked him to do.

Ronald DeFeo Jr. was the oldest son in the family, then 23 years old, and was also known as “Butch”. He was taken to the local police station for his own protection, after suggesting to officers at the scene that the murders had been carried out by a local mobster named Louis Falini.

However, DeFeo’s statements at the police station soon revealed serious inconsistencies in his version of events, and the next day he confessed to the murders.

It all started so fast. Once I started, I just couldn’t stop. It went so fast.

The defense tried to claim mental insanity coupled with alcohol and drug abuse, but the jury decided that Defeo was conscious of his actions and sentenced him in December of the following year, 1975, to life imprisonment.

Defeo died on March 12, 2021, at the age of 69. He was being held at the Sullivan Correctional Facility, but was transferred to a hospital in Albany (New York) on February 2. The cause of death has not been released by the authorities.