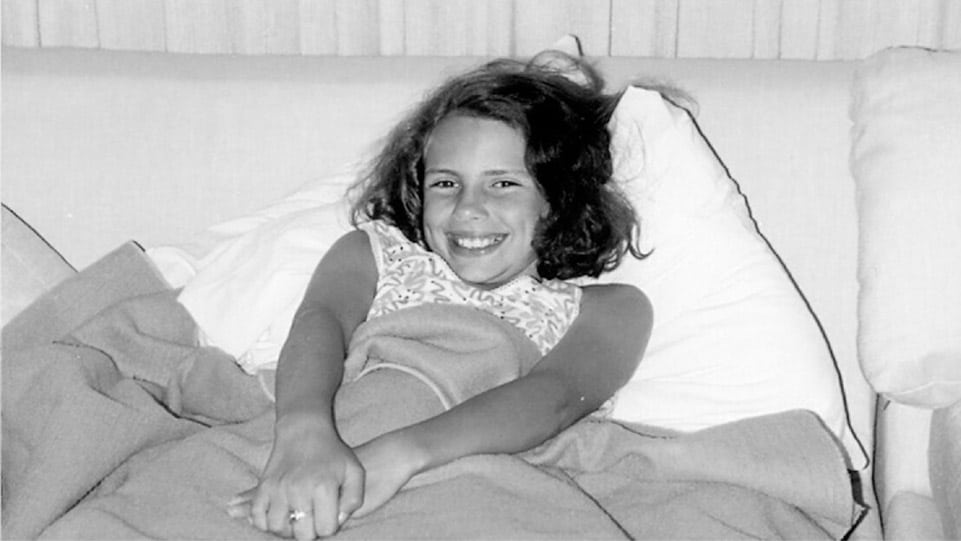 Polly Hannah Klaas, age 12, was having a sleepover on October 1, 1993. In her company were two other friends of the same age.

Polly’s mother was in the next room and felt sick earlier in the evening. She asked the girls to be quiet and to call her if they needed anything, and then went to bed.

The girls were watching movies and listening to music, until around 10:30 p.m. a man came into the bedroom. At first the girls thought this was a joke, a kind of scare to amuse them, but the situation changed when they realized that he was holding a knife.

The man threatened the girls that if they screamed he would cut their throats, then made them sit on the floor, tied their hands and gagged the two invited girls. He then left carrying Polly on his lap with the knife resting on her abdomen.

The girls tried desperately to get loose for the next ten minutes, and when they finally did, they ran to Polly’s mother’s room and told her everything they saw. The mother went into despair and called the police.

Early on, based on the testimony of the two girls, the case was treated as a kidnapping and a sketch of the kidnapper was made. Testimonies from neighbors also came to reveal a man who parked his car across the street from the victim’s house and watched the movement for more than an hour.

The next morning, a few hours after Polly disappeared, a nanny leaving her job noticed a car in a ditch inside her boss’s house. The house was 20 miles (32 km) from the Klaas family home and the police were called to check the situation.

Two police officers were dispatched to the scene which was in a rural area of Santa Rosa. Upon arrival they found Richard Allen Davis who claimed to have lost control of the vehicle.

According to the police, the man seemed a bit dazed and there were some pieces of grass and leaves in his hair and clothes.

The vehicle was checked and everything seemed in order. The owner of the house was told to file a report for trespassing, but he didn’t think it was necessary, Richard called a tow truck and was released.

Progress in the search

On November 28 of the same year, the owner of the property decided to cut down some trees in the garden and came across a strange item. He handed the police a pair of pink children’s pants, commonly used to practice ballet.

Forensic analysis was done on the pants, and at one point the officers cross-checked DNA and fabric samples from the pants, that were compatible with another piece from the ballet ensemble found in Polly Klaas’ room.

Police quickly made the connection between Richard and the kidnapping of the 12-year-old girl. In a statement the man agreed to provide a handprint of his hand, which was a perfect match to the mark left on Polly’s comforter on the day of the murder, and he looked very similar to the description given by the victim’s friends.

For the next few days Richard continued to deny everything. A thorough search was made of the rural property and involved great efforts by the local police and the FBI intelligence team.

Nothing was found until the evening of December 4, when Richard confessed to the crime and agreed to lead the police to the place where he had hidden Polly’s body.

In a shallow grave, about 0.6 miles (1 km) from the rural property, the criminal buried the girl’s body after strangling her. He refused to give further details and to tell the motivation for the crime. The police believe that he had planned everything days before, and had even visited the place where he buried the body.

A timeline published by FBI intelligence, suggests that Polly was killed and buried shortly before the nanny reported to the police that Richard’s car was in a ditch.

Who was Richard Allen Davis?

Richard was born in San Francisco, California. He was the third of five children and had a troubled childhood due to his parents’ alcoholism.

During his teenage years, he tortured and set fire to live animals, and went on to do thefts that he described as “way to relieve whatever tensions”. He dropped out of high school, and some friends from that time believe he murdered Marlene Voris, an 18-year-old classmate, during a party.

A few weeks after Marlene’s death, Davis was arrested for attempting to pawn a stolen item. At that time he confessed to a series of thefts in the La Honda area and served six months in the county jail.

Five weeks after his release, on May 13, 1974, he was arrested for another robbery. In this episode he was sentenced to 15 years in prison, but was paroled after serving only one year.

After an intense trial, Richard was convicted on June 18, 1996 of first-degree murder of Polly Klaas and four aggravating circumstances (two robberies, one kidnapping, and one obscene act against a child).

A jury in San Jose Superior Court decided that he should be sentenced to death. While sentencing, Richard made obscene gestures toward Polly’s family and said that Polly had told him that her father raped her as a child, a claim that was found to be false by the investigating team.

Mr. Davis, this is always a traumatic and emotional decision for a judge. You made it very easy today by your conduct.

Richard is now 67 years old, he continues to appeal and awaits the execution of his sentence on death row. During his time in prison he has survived a drug overdose and attacks inflicted by other inmates.

Polly Klaas’ body was cremated, and her family scaterred her ashes in the Pacific Ocean.

5 thoughts on “Polly Klaas, kidnapped and killed during a sleepover”