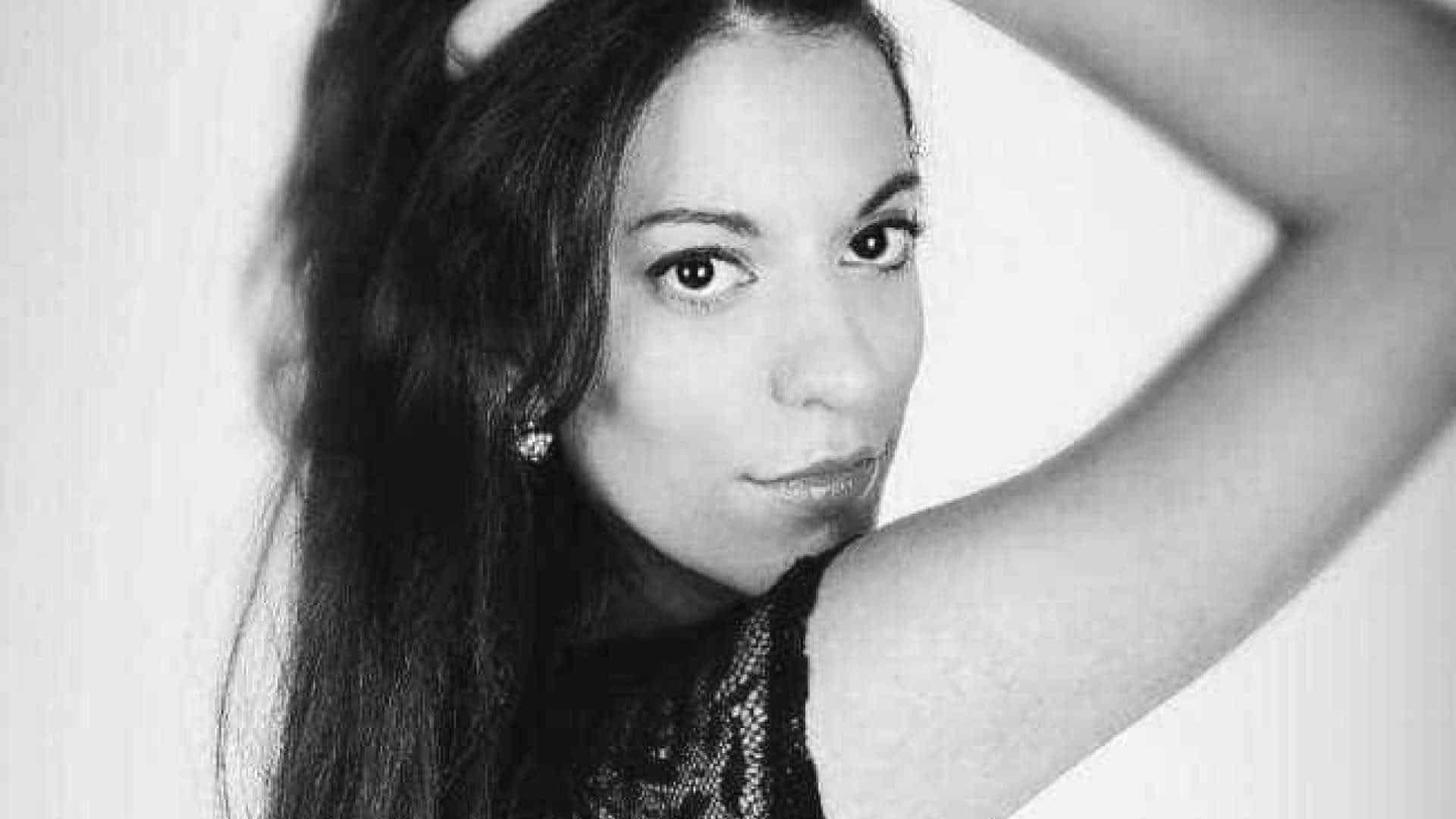 Diana was a young girl, only 18 years old at the time of the case. She was spending the summer with her mother and sister in A Pobra do Caramiñal, a small town near Madrid, coastal and of about 10,000 inhabitants. Her parents were separated and the family was upper middle class, with a great financial condition. On the night of the events, he attended the parties of The Carme of the Pincheiros in the town, and after several exchanges of messages on WhatsApp with his mother and friends, his trail was lost around 02:43.

At around 2am Diana decides to leave, she says she is tired, with low battery on her cell phone and that it would be okay to leave alone, since the walk was practically straight. The town was small, right on the beach, practically all the people knew each other and the distance was quite short.

During the way the young woman exchanged messages with friends in whatsapp groups and also with a friend who was in Madrid while she was walking. At one point in this conversation Diana reveals that she is a little afraid to return alone and the following dialogue follows:

“what is he talking about Diana?”

“he is saying: brunette come here…”

“and what did you reply?”

right after the last message, not received by Diana, the friend had no more replies.

The next day the mother wakes up, around 8 a.m., looks for her daughter and realizes that she is not home. She then wakes her youngest daughter, Valeria, and asks if Diana has heard from her or told her that she would be sleeping out. Valeria doesn’t know anything.

Diana was not in the habit of leaving unannounced or keeping her mother unheard, this added to the concerns of the two who headed to the police station.

The police have directed the family to wait for the young woman’s return, not treating the case as a disappearance.

The next day the mother returns to the police station, reports it again, and from then on the officers take the case as a disappearance.

The friends were investigated but no leads were found. The Madrid friend said he was not concerned about Diana’s lack of answers because she had said she was low on battery and believed they would talk again the next morning.

“I felt she was afraid, but when she didn’t answer me I just figured the battery was dead and I’d talk to her in the morning.

Through data obtained by cell phone, Diana’s location through cell towers actually indicated that she was heading toward the cottage. At one point she is seen to be moving rapidly in another direction, toward a highway out of town. This is her last location at exactly 2:58 a.m. that morning.

Diana was young, beautiful and attracted a lot of attention. Her parents were divorced but were having a big legal fight involving money and custody of their daughters.

From then on curious people and reporters started speculating about the family’s life, turning everything into a real circus and even accusing Diana’s mother of having murdered her daughter.

The case became a scandal, Diana’s mother lost custody of her other daughter and had her statements questioned by newspapers, where her statements were discredited and described as “dubious.”

October 27, 2016, a fisherman finds Diana’s cell phone dumped in the water near a bridge in the area. Despite being wet, the cell phone was reactivated but was locked, even after unlocking it was not possible to get much information beyond what the police already had.

At that point then, based on the region where the phone was found, the police drew a radius and called in for questioning all persons who resided or had passed through there and who had any criminal history.

At least 200 suspects were interrogated, among them José Enrique Abuín Gey, known as “”El Chicle,”” who had previous convictions for sexual assault and involvement in drug trafficking. At the time he reported that on the night of the disappearance he was at home with his family, and had his alibi confirmed by his wife. Nothing could then be proven against him, and some time later the case was filed, but a set of new steps eventually resulted in the arrest of one of the main suspects, who confessed the crime to the authorities.

The Civil Guard interrogated about two hundred suspects in the Arosa region, the list was reduced to about eighty, but without any arrests.

On December 25, 2017, Christmas, a young girl makes a report of attempted kidnapping followed by sexual violence in the locality coruña de Boiro, also in the vicinity of the Arosa estuary. The girl said that a man tried to force her into his car, using a knife to intimidate her. The woman’s screams and resistance drew the attention of several neighbors, who attended the scene, causing the attacker to flee in his vehicle.

The woman’s description of the assailant matched that of a man named José Enrique Abuín Gey, nicknamed El Chicle, and 41, a Taragoña resident and one of the suspects initially questioned by the Guardia Civil. Abuín had a criminal record for drug trafficking, having been in jail in 2007. There was also an accusation for sexual assault made by his wife’s twin sister, which was later dropped.

In this new context, they began to question Abuín’s wife, Rosario Rodríguez, who had already been questioned in the initial stages of the Quer case and denied at the time that Abuín had left the house on the night of August 22, 2016. Well, he had been with her. Investigators’ suspicions about Abuín’s possible involvement in the Quer case eventually caused Rosario Rodríguez to retract the statement in the new interrogation, leaving Abuín Gey with no alibi.

At first, José Enrique Abuín Gey told authorities that he accidentally ran over the young woman when she was walking alone. In fear, he decided to hide Diana’s body in the trunk of his car and hid the corpse. However, the authorities did not believe the suspect’s version and pressed the 41-year-old man.

In a second interrogation, “El Chicle” confessed to police that, after seeing Diana Quer alone on the street, tried to rape her, but the young woman resisted and the suspect eventually strangled the 18-year-old, then disposed of the body.

This latter version matches the evidence revealed by the exchange of messages between the victim and a friend in the early hours of the morning when he disappeared.

In his confession, ‘El Chicle’, with a criminal record for drug trafficking and sexual assault, revealed to authorities where he had hidden the corpse, more than a year after the crime.

The defendant was found guilty of murder with malice, committed to conceal another offense, in this case a crime of sexual assault against the victim. According to the Spanish press, he was also convicted of a crime of kidnapping.

In the Spanish case, the legal figure of life imprisonment is replaced by permanent imprisonment subject to review. In other words, this conviction is reviewed at each time interval, and it is then decided whether the inmates should continue to be detained or whether they can be set free. This sentence was introduced in 2015 and there are 13 offenders who have received it as a sentence. Only in two cases, the sentence was reviewed.

So, and faced with the possibility that El Chicle can get out of prison, the sentence also includes ten years of supervised release, and the murderer cannot approach Diana’s parents and sister – either from their homes or the places where they are – at a distance of less than a thousand meters. In addition, he may not contact them in any way, during the prison term and should he be released, during that ten-year interval.

The Diana Quer case arguably reveals the fragility of being a woman in a macho world, not only by the constant fear of walking unaccompanied on the street but also by the series of judgments and prejudices handed down during the case.

Aspects such as the victim’s beauty, the clothes she wore, the style of photos she posted on social networks, and “why was she walking alone in the street at dawn?”

Unfortunately Diana could not be rescued in time, and I as a woman, sister and daughter, sympathize with the suffering and pain of a family that can never be repaired.

It is cruel to think that this case is far from the last.

1 thought on “Diana Quer case: There is no safe place when you are a woman”