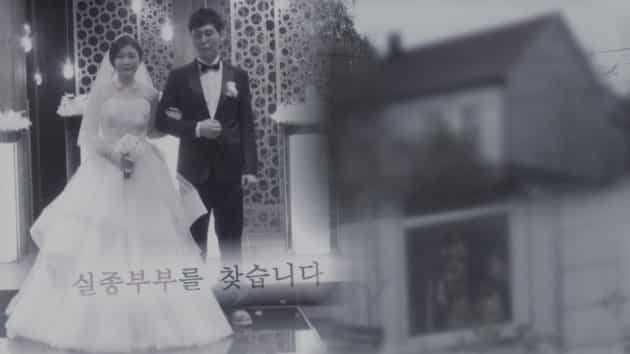 There were dirty clothes on the porch. The kitchen sink had dirty dishes and spoons, and the leftover food was not thrown away. The two disappeared from the house, leaving behind a dog that swallowed chicken bones.

Who was the couple?

The actress Choi Sung-Hee, who was quite famous in the Busan area, was teaching acting at a school while preparing for an upcoming theater performance. Some sources indicate that she was pregnant, in early gestation, and had not been feeling well lately. Her husband, Jeon Min-Gun also 35 years old, owned a restaurant.

Last time they were seen

On May 27, 2016, Ms. Choi was seen at a convenience store after finishing drama class. The security camera in the apartment where they lived filmed her, at around 11pm holding bags of groceries and acting normal. Most of the purchased items were left in the car.

Around 3 a.m. on the 28th, Ms. Choi’s husband Jeon was also caught on an elevator camera. According to friends of the couple, he had been drinking in a bar and then returned home. This was the last time they were seen.

On May 31 the police were called by Mr. Jeon’s father, he was concerned because his son was not returning the family’s messages and calls. Upon entering the apartment, everything seemed untouched, with no signs of a struggle or break-in. Some personal belongings such as passports, backpacks, documents and laptops of the couple were not found, which at first seemed to indicate that there was no crime, but that the newlyweds had “disappeared” on their own.

The couple’s dog was inside the apartment, there were feces everywhere, which indicated that the animal had been alone for a while. Along with this, the groceries Mrs. Choi had made were still on the table, untouched, and the couple’s car was still parked in the garage.

At least 70 to 80 police officers reviewed images from the security cameras, and none were able to identify any images of the couple leaving the building. It is important to remember that there were 22 cameras spread out in strategic locations, which guaranteed good coverage of the residents’ movements.

There were two blind spots where the couple could have gone down, being the emergency stairs (their apartment was on the fifteenth floor) and the garage corridor at the end of the stairs. Which seems unlikely, but is an important point to mention.

Such information brought up questions that made the case even a little stranger.

The water tanks were also checked, as there was no evidence that the couple got it from the building.

Interrogating relatives of the couple

On speaking with family members of the couple, police were surprised to learn that they still maintained text message contact with some people. Ms. Choi sent a text message to her assistant director at 11:56 p.m. on the evening of May 28, saying, “I am not feeling well and cannot attend the performance rehearsal on the evening of the 29th.”

At 6:20 on the evening of the 30th, another text message was sent to the theater company representative, saying, “I don’t think I can perform. I had an accident like last time and was admitted to the hospital again. “ When the theater company official tried to return the message, the phone was disconnected.

On the same day, the husband called the restaurant’s partner and told him, “I have a domestic appointment, we are closing the restaurant today.” On the 31st, a call was made to the theater company, where Mr. Jeon is suspected to be, where he was told, “My wife will not be able to perform because ert is taking medication.”

It took almost 5 days of keeping in touch by messages, missing work, and making up excuses to justify her absences. Some co-workers hypothesized that Ms. Choi was not the one writing the messages, since in Korean there are several levels of formality and the messages she received had a very formal tone, different from how she used to communicate with her colleagues.

During the investigation, the police searched hospital records for the couple, and discovered that neither had been admitted to any hospital during the period in question. It is also worth mentioning that on June 2, their cell phones were mysteriously turned off, the same day the investigation began. However, the phones had completely different GPS locations.

The last message sent was to Jeon’s father and it said “Everything is fine!” Nearly after that the phone was disconnected but the police were able to locate the cell phone which was in Busan. His wife’s cell phone, on the other hand, was in Seoul, about 330km away.

Who are the suspects?

Mr. Jeon’s ex-girlfriend named Jang did not take the end of their relationship very well. Some close friends reported that she exhibited unstable behavior and an unhealthy obsession with her ex-boyfriend. At times she even sent threats to the couple via text messages.

Mrs. Jang was married twice after her relationship with Jeon. In the first one the marriage resulted in divorce just one month after the ceremony. It is speculated that her current husband found out that she was still in contact with her ex-boyfriend.

In 2014 she remarried and moved to Norway, some sources report that after the move she suffered a miscarriage, which left her quite psychologically disturbed. In this period the threats to the couple increased, with more violent and even “mirabolante” content.

The couple’s fear was real, no wonder security guards were hired for the wedding ceremony, since some messages contained phrases like “I will never accept this marriage, you will never be happy!”

Jang was in Korea at the time the couple disappeared, information that she has shown to make some effort to conceal from her family. During her stay she made purchases using only cash, even though she had several credit cards. And days before the trip she made the request for 10 million Wons (Korean currency) to her mother, using as justification the desire to take a trip to Africa.

Jang was summoned to Korea to answer some questions about the case. Evasive excuses were given, such as the high cost of airfare. As she failed to appear, a formal arrest request was requested from Interpol.

As she did not respond to the invitation to return to the country, the police asked for a red proxy through Interpol.

Eventually, Jang was arrested in Norway in August 2017 and was expected to be sent to Korea for investigation. However, in December, a Norwegian court decided to dismiss her extradition on the grounds that there was insufficient evidence that Jang was involved in the couple’s disappearance case.

Jang, who is still in Norway, continues to argue that she never dated Jeon, contrary to what her acquaintances say, and regrets not knowing about the couple’s disappearance.

The investigation was hampered the moment the Norwegian court decided not to extradite Jang. The couple has never been seen again and the family remains without answers.

Jeon’s mother even made a trip to Norway, in partnership with a television station, where she looks for Jang to inquire about her. But there was no meeting, the case even involved the police, and the mother was forced to return to her home country.

Some of the stronger theories suggest that the couple went away of their own volition, or that for fear of some unknown threat they fled in haste. The fact remains that this bizarre case remains open, leaving many loose ends and unanswered questions. 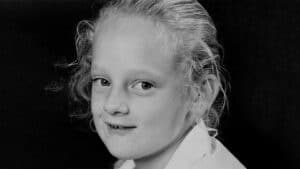