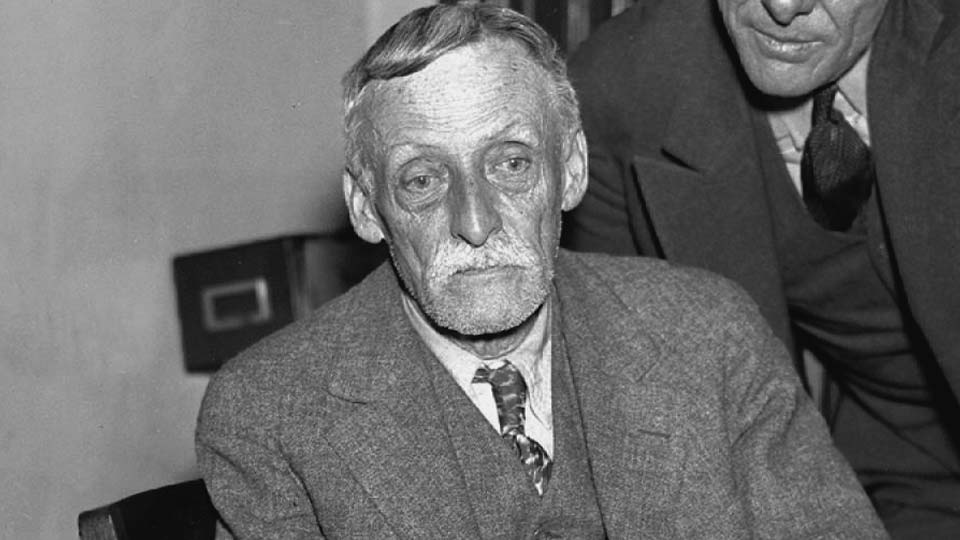 Albert Hamilton Fish was one of the most ruthless American pedophiles. Born in 1870, he was marginalized and abused from an early age, and even developed a fascination with sadomasochism.

But it was as an adult that he began his crimes. His favorite victims were children from 6 to 10 years old, who suffered abuse, mutilation, and dismemberment. In the end he used to eat his victims, in an act of cannibalism.

Albert Fish’s childhood was disturbing. His father was 43 years older than his mother; when Albert was born his mother was 32 and his father was 75. In addition, his family had a huge history of mental illness.

His father was a fishing boat captain, but in 1870 he was working in a fertilizer manufacturer, and during this period he died of a heart attack. Fish’s mother was left in misery, and the only way out was to send the boy to an orphanage when he was only five years old.

During his time in this institution Albert was very badly treated, abused, and frequently beaten. However, the brutal and sadistic practices developed a certain fascination in Fish, and at one point he began to take pleasure in being beaten.

Two years later, his mother was financially stabilized and able to take care of Albert again, but the marks of the violence suffered during her time in the orphanage were not easy to erase. At the age of nine he fell from a tree, suffered a traumatic brain injury that caused him severe headaches and some mental problems.

In 1882, at the age of 12, he had his first homosexual relationship with a local boy. Through this relationship Fish was introduced to a new world of questionable and shameless sexual acts.

From this moment on, besides his great interest in sadomasochism, Fish began to feel attracted to unusual things such as drinking urine and eating feces during sex. He started to frequent public bathrooms only to see naked men.

At the age of 20 he moved to New York and began prostituting himself. Some time later he returned to Washington, DC, to his mother’s house, as he could no longer pay his bills by himself.

When Albert was 28 years old, his mother in a desperate attempt to “save” him, arranged a marriage to a woman 14 years older. But even with the marriage Fish continued to lead a dark life. At the age of 29 he moved to New York, this time together with his wife.

At this time he spent a lot of time away from home involved in homosexual sadomasochistic relationships. He worked as a painter, but had no steady job. Then the crimes with children began, he usually molested victims under the age of six.

The situation in the marriage was the worst possible, Albert’s wife knew about his extramarital relationships and tried to work around the situation in every way possible while raising the couple’s six children. Sometimes Albert even forced his children to watch his self-mutilation, and only stopped when his buttocks started gushing blood.

Once, during a walk, Albert and one of his lovers were visiting a wax museum, there he got fascinated by the penis of one of the dolls. From this, his interest in sex organs increased and he felt he needed to castrate someone.

During a relationship with a mentally handicapped man, Fish tried to castrate him, but the man got scared and managed to escape. At that time his visits to brothels increased, because there he could pay to be beaten.

In 1903 he was arrested for grand larceny, in jail he had sexual relations with other inmates.

Divorced and addicted to sadomasochism

In January 1917 his wife left him for another man, John Straube. After this, Fish began to hear voices. Once he even rolled himself up in a carpet, saying that he was following God’s instructions.

By then Albert Fish was already a masochistic addict: he used to take cotton balls, soak them in alcohol, insert them in his anus, and set them on fire. He began to beat himself and even stuck needles in his body, especially between his anus and testicles.

Normally after the session he would remove the needles, but he started inserting them so deeply that sometimes he could not remove them. X-rays taken later revealed 27 needles in his pelvic region.

At age 55 he began to suffer hallucinations. Fish believed that God sent him orders to torture and castrate children. Doctors stated that he suffered from a psychosis, just as one of his uncles also had.

Between 1910 and 1930 he committed most of his murders. His preferred victims were children with mental problems or blacks, as he thought these would be less wanted by family and police.

Since he believed he was in contact with God, he used this argument to commit his crimes: as long as he was not punished by God, he would not be committing anything serious. And “God” never verbally reprimanded him, as he himself said.

Around 1920, he traveled through several American states painting houses. He saw this work as a great opportunity to commit his crimes against children.

He often read the Bible and said that the voice of God told him to kill.

Grace Budd, a 10-year-old child, is considered to be his best-known victim, as the investigations into this case led the police finally to find Fish.

In May 1928, Edward Budd places an ad in a newspaper, looking for a job: “young man, 18, wishes position in country”. A few days later Fish visited the Budd family in Manhattan, under the pretext of hiring Edward.

He introduced himself as Frank Howard, a farmer from New York. It was then that he met Grace, Budd’s sister, who was then 10 years old.

Fish promised Edward a job and said that someone would pick him up in a few days. He also convinced the girl’s parents to let Grace accompany him to a birthday party that afternoon, that Fish invented that it would be at his sister’s house.

At first his idea was to rape and kill Edward, but when he saw the girl he changed his plans. Grace went out with Fish that day and never came back.

The investigation into Grace Budd’s disappearance continued for six years. Until in November 1934, the Budd family received an anonymous letter that gave shocking details of the girl’s murder.

(…) When she saw me all naked she began to cry and tried to run down stairs. I grabbed her and she said she would tell her mama. First I stripped her naked. How she did kick – bite and scratch. I choked her to death then cut her in small pieces so I could take my meat to my rooms, cook and eat it. How sweet and tender her little ass was roasted in the oven. It took me 9 days to eat her entire body. I did not fuck her, though, I could of had I wished. She died a virgin.

An excerpt from the anonymous letter

Fish stated that he had killed at least 23 and molested more than 400 children. He acted coldly like a pedophile, waiting patiently for a previously chosen child. When the child was left alone, either because of an adult’s carelessness or by gaining his trust, he committed the crime.

As he pretended to be a good person, no one was suspicious of his plans.

Fish even got a nickname: Bogeyman. It was given to him by Billy, a 3-year-old boy who was playing, in February 1927, with his 4-year-old friend, also named Billy. Both were being cared for by a neighbor, who was 12 years old at the time.

For a few minutes, the neighbor went into his house, and as soon as he returned, the children were gone. Startled, the boy warned the younger Billy’s father, and they both began a desperate search for the boys. When they finally found Billy, he was on the roof terrace of a building, but without his friend. Asked where the boy was, Billy replied, “The bogeyman took him”.

Billy’s body was never found, but Fish later confessed to the murder and recounted, in extreme detail and coldness, what he did to Billy.

When he kidnapped him, he took him to an abandoned house, tore off his clothes, and tied his feet and hands. From there, he began one of the most horrifying criminal stories you can imagine.

Fish separated tools and a self-made whip, which he called of cat-of-nine tails. He began by whipping the boy’s naked body “until the blood ran down his legs”. Then he cut off the boy’s ears, nose, and mouth from ear to ear (which had already been removed). He said that, after removing the eyes, his victim died.

Fish drank the blood that flowed from the corpse – hence, he also became known as “the Brooklyn Vampire”. After quenching his thirst, he butchered the victim’s body. After selecting the “prime cuts,” he put it in the oven and seasoned it with onions, carrots, turnips, salt and pepper. “Its meat was better than any roast turkey I have ever eaten,” he said.

Francis McDonnel, age 8, was also murdered and tortured by Fish. He was also kidnapped after his mother’s carelessness. The police found the boy’s body in the the woods. He was dead and had been severely beaten.

It was acting in a similar manner that Albert Fish committed dozens of crimes over approximately two decades.

A psychiatrist testified to Fish’s insanity, but the testimony of Mary Nicholas, his 17-year-old adopted daughter changed this version.

Mary Nicholas claimed that Fish was trying to introduce his children to masochistic practices and child rape. The judge found him sane and guilty, and sentenced him to death.

Fish was executed on January 16, 1936 in the electric chair. The many needles stuck in his body throughout his life short-circuited the system, interrupting the flow of electricity in the chair.

It took two electric shocks to kill him. Before closing his eyes completely, Fish, referring to the electric chair, uttered his last words: “It will be the supreme thrill. The only one I haven’t tried“.